Surprisingly enough to me, yesterday turned out pretty much how I predicted it would, with one wonderful exception – the wind did not blow us completely off the water as the witch doctors at Accuweather said it would. We had strong gusts at time, but it was an entirely fishable day wind-wise. Even better, we had great numbers of bugs starting around 2PM (once the water had warmed up slightly) on the West Branch including a decent iso hatch, lots of stenos and big numbers of pseudos when the sun was hidden. The fish were not as excited about this as we were, rising sporadically to grab the occasional big bug that floated overhead. The silver lining was that even those these fish were sporadic, if you marked them and placed a cast (with a decent drift of course) over top of them, many times they would come right up and grab the fly. Today, the East is back down to a bit more of a reasonable level and color, and I would expect it to start fishing as the West Branch has, once the water temps get up and out of the 40’s, most likely sometime this afternoon. We’re looking at a day in the 60’s today, with partly cloudy skies – it could be pretty decent out there! 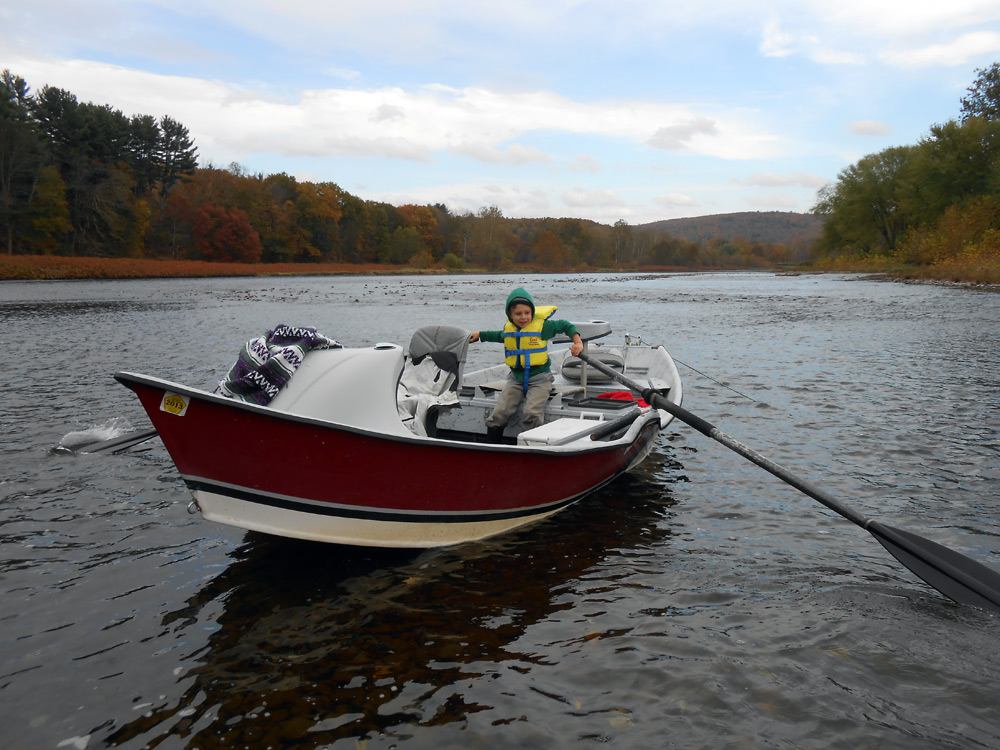